Trees—those tall, stately plants that provide shade from the sun in summer, crunchy fall leaves to traipse in during the fall, and evergreen garlands and holiday symbols that remind us of the warmth of spring in the depths of winter—are one of our most important allies in the work to reverse climate change. We need them not only to absorb excess atmospheric carbon but also to improve the health of our soil, thereby ensuring that food production can keep up with a growing population. 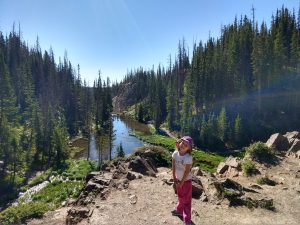 In this post, we examine a specific agricultural practice that merges these two arboreal benefits: tree intercropping.

Intercropping refers to any method of growing two or more crops in close proximity. Its ability to improve crop yields while improving soil health is a primary reason why the United Nations’ Food and Agricultural Organization (FAO) has deemed intercropping the third and final central principle of conservation agriculture (which you can read about in our previous post!).

Tree intercropping simply means that at least one of the crops involved is a tree. (This does not always need to be the case; for instance, corn can be planted in between tomatoes and potatoes in order to protect nightshades from destructive pests.) Because trees, as perennials, sequester more carbon and keep soil healthier than annual crops, however, tree intercropping is preferable from an environmental standpoint. Though, as the Drawdown Organization notes, protecting the Earth isn’t the primary reason tree intercropping occurs: “farmers practice it because it works better.”

If 570 million acres of agricultural land were devoted to tree intercropping by 2050, we could sequester 17.2 gigatons of carbon—and save $22 billion due to higher yields and lower pesticide costs. That’s why Drawdown has listed tree intercropping as #17 on its top 100 solutions to climate change.

Many types of intercropping exist, defined by the types of crops involved and/or how they’re planted. Just a few examples include: over-, under-, and interseeding; polycultures; companion cropping; and mycoforestry. In fact, tree intercropping is “an ancient ecological technique,” practiced for millennia until industrial or “conventional” agriculture came into widespread use in the second half of the 20th century.

Tree intercropping has recently proven its value in many African countries, including Malawi, Kenya, Zambia, and Niger. The EverGreen Agriculture Partnership, a public-private consortium of organizations including the FAO, the World Bank, the World Resources Institute, and companies like DuPont, has worked since 2012 to implement tree intercropping in 25 African and South Asian countries. 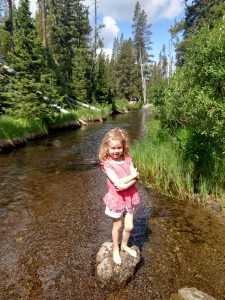 In Niger alone, 4.8 million agricultural hectares (nearly 12 million acres) have been intercropped with the Faidherbia tree, a perennial that has the particular benefit of “reverse leaf phenology.” Its leaves fall during the wet season, fertilizing crops; in the dry season, the leaves return to provide livestock with much-needed food. In western Kenya, farmers who use tree intercropping report making 24,000 Ksh (approximately $250 USD) more per year than their neighbors. Yields have grown as much as 400% in Malawi, thanks to the nitrogen-fixing capabilities of trees like Faidherbia that fertilizes the soil without the need for synthetic products.

In North America, indigenous peoples practiced intercropping for generations before Europeans arrived, although they predominantly used annual crops like squash, corn, and beans instead of trees. Tree intercropping is currently implemented most often by farmers whose cash crops are trees, usually with the method known as alley cropping.

The USDA defines alley cropping as “an agroforestry practice where agricultural or horticultural crops are grown in the alleyways between widely spaced rows of woody plants.” Examples include planting wheat or corn between black walnut and pecan trees, or planting sunflowers and medicinal herbs between fruit trees.

Besides the added income from these extra crops, the roots protect the soil from erosion and the shade canopies protect against temperature extremes and wind damage. Tree intercropping can even encourage younger generations to participate more on family farms, since trees require much less hands-on maintenance.

There are significant challenges to implementing tree intercropping, to be sure: it takes a lot of up-front education and knowledge to know which trees to plant and how. However, these initial investments of time and money can quickly reap a world of benefits. Zambian farmers who practice tree intercropping, for instance, use their added profits to educate their children, eat more nutritious food, and get quality healthcare—a significant improvement in their general quality of life that increases societal resilience for generations to come.