Peatlands — also known as bogs — are a unique type of wetland, named for the organic matter that forms when plants decompose in an oxygen-starved environment over hundreds and thousands of years[i]. The Drawdown organization describes peat as “neither solid ground nor water, but something in between[ii],” ideal conditions for preserving ancient ‘bog bodies’ like Denmark’s Iron-Age Tollund Man[iii]. (Or, if you’ve traveled to Ireland during the cooler months, peat makes up the firm, briquette-shaped clods of earth that burn in most fireplaces.) 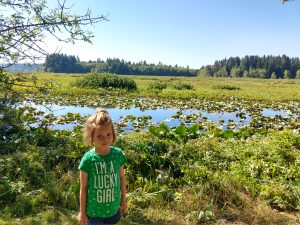 Peatlands store more than valuable information about the lives of our distant ancestors, however. They also store more carbon than any other place on Earth, with the exception of the oceans[iv], and are even more efficient as a carbon sink, containing more carbon per area than anywhere else in the world[v].

Current estimates — almost certainly underestimates — suggest peatlands sequester twice as much carbon as our forests: approximately 500-600 gigatons[vi]. Peatlands are still being uncovered, since costly soil tests are necessary to determine whether or not a wetland contains peat[vii].

The largest tropical peatland in the world was only discovered in Central Africa’s Congo Basin in 2014. Nearly 11,000 years old, it covers an area larger than England[viii]; only 4% of the entire Congo Basin, it stores as much carbon as the trees that cover the other 96%[ix].

Let’s dig a little deeper — though not as deep as many peatlands, which can extend as far down into the water table as 60 feet![x] — into peatlands and their amazing capacity as a carbon sink.

The State of Our Peatlands Today

Peatlands cover approximately 3% of the Earth’s surface and are found not only in cooler temperate climates (northern Europe, Russia) but also in tropical climates (Indonesia, Malaysia)[xi]. Peatlands have not been decimated to the degree that tropical and temperate forests have, with 85% of known peatlands[xii] left untouched. The 15% (65 million hectares) that have been drained to plant timber and agricultural crops like palm oil[xiii], however, create 5% of the global yearly output of greenhouse gases[xiv]. One-third of the total emissions produced by the agricultural sector[xv] comes from drained peatlands.

Indonesia provides a cautionary tale of the damage that can occur when these vital carbon sinks are lost. Over the last few years, multiple cooperations have violated national law by burning drained peatlands to make room for palm oil and pulpwood plantations. When water is drained from peatlands, the peat not only begins to decay and release CO2 into the atmosphere, but the peat itself becomes highly flammable, burning underground across large swathes of land[xvi].

In 2015, illegal burning in Indonesia caused megafires that released more carbon dioxide in five months than the UK emits in a year[xvii], cost the country approximately $16 billion USD[xviii], and created enough air pollution to cause over 100,000 premature deaths, according to a 2016 study[xix]. The destruction of drained peatlands has catapulted the country’s emissions rates[xx], putting Indonesia on par with much bigger and more developed nations like India and Russia.

Losing peatlands has a litany of other environmental costs as well, from loss of biodiversity (peatlands are home to endangered species such as tigers and orangutans[xxi]) to water contamination to flooding. Peatland expert Professor Hans Joosten[xxii] singles out subsidence, or the sinking of land, as a particularly underrated and significant consequence[xxiii], because it leads to the degradation and loss of nearby arable land. 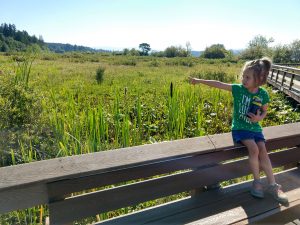 What Can Be Done

As with all carbon sinks, peatlands are a double-edged sword: the large amounts of carbon they store can just as easily be released into the atmosphere if we do not preserve these important ecosystems. Preservation takes priority over restoration.

There are currently two primary methods of restoring peatlands: rewetting and paludiculture. Rewetting simply puts water back into drained peatlands, thereby raising the water table and stopping the release of carbon into the air. Paludiculture — from the Latin palus for ‘marsh’ and cultura for ‘growing’ — is the term for growing crops on marshlands and is slowly[xxvii] gaining[xxviii] traction[xxix] in Europe. (Farmers in Asia have been doing it for thousands of years: think rice paddies).

In conclusion, peatlands are little known but pack a big climate mitigation punch; Tim Christophersen of the United Nations Environment Programme calls them “the most essential terrestrial ecosystem”[xxx] on the planet when it comes to climate change. That’s why Drawdown has listed peatlands as #13[xxxi] out of their top 100 solutions for this global issue. 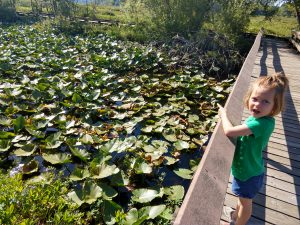 [xxv] Include link to Regenerative Agriculture post when live.